The finalists of the 4th mini saga contest have already been chosen. Thanks to all the participants for their great stories! Please, read the stories below and vote for your favourite one here. There will be three prizes and winners will be announced on January, 24.

A nightmare lullaby
Hatred is what I feel when I hear that repetitive noise. A piercing song that destroys my dreams with its ruthless tune. My head is about to explode. An endless tick, worse than the worst of raps, an unbeatable drill. I curse you, dripping tap! You woke me up again!

Beware of knives
The kitten was injured. A wound on its paw after playing with a sharp knife. When Alba arrived in the kitchen the floor was covered in blood. She rushed to the vet and once there they tried to stop the hemorrhage. It was a tragedy. She was allergic to cats.

Cold Fall
I had been up there for too long. The desire to run away became unbearable. Like a wild instinct. It was frightfully high, but I decided to jump. And I fell. And I realized that I wasn't alone. We were hundred of thousands, innumerable snowflakes gently swinging into the void.

Don’t be water, my friend!

It is well known that water is life and you make it more alive if possible.
You, rather hot or cold, will be my dark mate forever. The one who wakes me up in the mornings and the same one who keeps me asleep some nights. I need you coffee.

Environmental awareness
Since a toddler, I was taught to put the right waste in the right bin.
The green bin for the glassy-eyed werewolves; hard nuts to crack! The blue bin: the right place to dump cardboard-faced witches.
The brown one? Still waiting for the zombies who have devoured my beloved Ariadne.

Hands up!
Overwhelming silence; we are wearing our gala uniforms, forming line, facing each other. No way to hide nor to escape. The instructions are spinning in my head. Hands up! Stay in line! My partner is my mirror; panic in his eyes... A bagpipe starts playing, the muiñeira dance show begins!

Hunter hunted
The lights were off, no noise in the surroundings. The house was empty, no guard dogs nor visible alarms. The man introduced the skeleton key into the lock and opened the door stealthily. The walls vibrated with a loud “Happy Birthday!”. “Bad day for a surprise party” thought the thief.

I will survive
For seven years you've been the one that never failed me. Whenever I felt insecure I only needed you to feel powerful. You know every single inch of my skin better than I do and now you are leaving me... You know what? Goodbye. Other jeans will fit me.

Love at first sight
I remember that warm summer evening facing the sea with the lulling sound of the waves and daylight progressively fading before the sun set. I almost went totally crazy when I saw you and felt the sensuous and ripe taste of your orange skin... You were such a delicious peach!

My boss is calling me. I go there immediately. The company´s going badly and he blames me for not being a diligent, open-minded employee. Knock! Knock! Come in! I take my six-shooter off my pocket and I just blow his brains out. Hey boss, now you see what open-minded means!

Out of sight, out of mind
Her eyes tracked down the darkness through her binoculars. Shifting from here to there, the volunteer glimpsed nothing but deep gloom. Ominous silence. Out of the blue, desperate eyes crossed her soul through the lens...128 aghast eyes gleaming in the murk, standing on a boat, drifting in the sea.

Paperback Writer
Jack has a terrible hangover. He crawls to his desk where he finds another chapter of his novel. He doesn´t remember writing anything. Puzzled, he orders a pizza, leaves the door open and falls asleep. The pizza boy comes, puts the box over a pile and sits at the desk.

I woke up this morning and I climbed the tree. I jumped high enough and I ventured into the clouds until the shore. I dived into the ocean and I slipped away. I crossed the wood and I reached those railings. I opened their door and eventually entered the kitchen...

The Murderer
No sooner had the witness entered the courtroom than he immediately recognised the murderer. He recognised his icy eyes and the same white hand that had shot the poor black boy. Just then, the murderer, hitting the wooden gavel, spoke and said: Order! Order!. Does the defense have any questions?

The Stealer of Stars
Always a dreamer. He had always said he’d be an astronaut. He’d go to the moon and pick one of the stars to prove he’d been there. Since yesterday, his room is darker than usual. The sky finally asked him to give it back. Now, nights are brighter than ever. 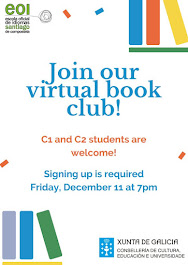 Vote for your favourite mini saga